Cristian Indrieş – traditional sausage (virsli) maker from Podele. It is known that virsli are a very sought after meat product in the Brad are, and on the Crisul Alb valley. Though they have the same name in the region, there are small difference in taste and production. As such, Cristian Indrieş can be considered a creator of a local brand – the Podele Virsli. He believes that visli should be made only out of meat. As a consequence, he has declared war on curing agents. He is making virsli after traditional recipes, known from the time of his grandparents, under the motto “we respect tradition and keep the original taste”. This is the main reason why those who pass his small shop in Podele, situated next to the Deva- Brad road pull over and fill the trunks of their cars with virsli, mici, different types of salami, sausage and smoked meat: bone, steak, ribs, pastrami (jerky), fillet, etc. 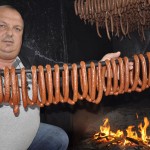 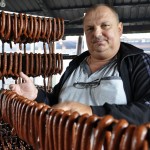 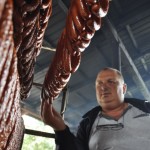 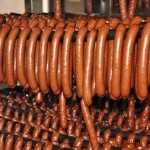 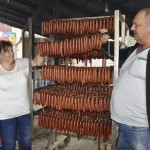 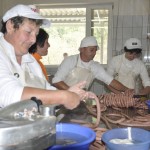 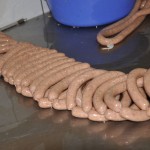 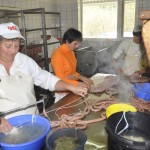 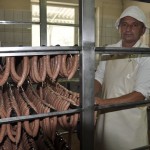