Tourist sites in the Tara Zarandului and Hunedoara County areas

Tourist sites in the Tara Zarandului and Hunedoara County areas. 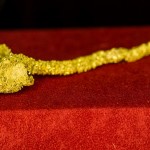 The most interesting and nearest tourist site from the commune center is the Brad Gold Museum – a collection of minerals unique in Europe. Here, visitors can see the form gold takes in different deposits, as well as breathe taking shapes that resemble different plants, flowers, animals, lizards, even a puppy, the wings of a bird or the map of Romania. 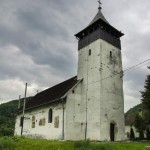 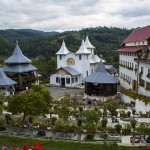 The Crişcior Orthodox church. Situated on a high that dominates the settlement, the church in Crişcior represents one of the most valuable Romanian monuments, being built at the order of Prince Bâlea Boarul at the end of the 16th century. It is built out of stone and brick and the interior also holds very valuable pieces of paintings from about 1410. 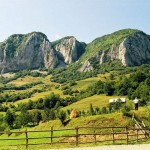 Bulzul Vâlcanului. Using a metaphor, this calciferous formation, with an altitude of 1264 m resembles a huge white ship that floats in a sea of green. Mount Valcan is situated at the junction of the Crisul Alb and Aries rivers. It is mixed type reservation that stretches over a surface of 5 ha. Access to it from the DN 74 road is from the Cotoncu hill, and from there on through a communal road that winds up to the base of the mountain.18 different species of alpine plans of high scientific interest can be found on the mountain, among them: Aster alpinus, Dororicum columnae, Saxifraga pariculata, Aconitum moldavicum, Sorbus dacica, Silena dubia to name but a few. 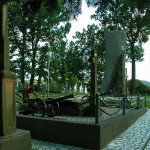 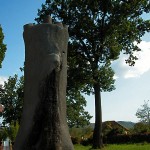 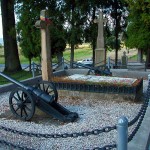 The Ţebea Moti Pantheon. Is the place where the Prince of the Mountains Avram Iancu has his final resting place, under the former “Gorun al lui Horea” (Horea´s holm), because unfortunately only the name remained from this once grand tree after a strong storm tore off the last branch in 2002. 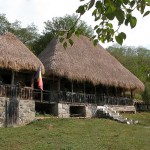 The Crişan memorial office (Crişan village, Ribiţa commune, near Brad). This is the house where Gheorghe Crisan, one of the three leaders of the 1784 uprise was born in 1733. 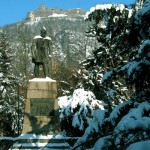 The Deva fortress. It is considered one of the most important medieval fortresses in Transylvania. This fortress has stood guard for centuries at the entrance towards Transylvania on the Mures Valley. The fortress can be visited in every season. Access is possible via a cable car, for a small fee. From the top of the hill tourists are offered a beautiful panorama both over the Mures Valley, as well as over the town. 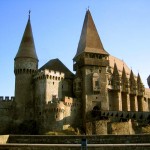 The Corvinilor Castle in Hunedoara. It is the most important secular gothic architectural monument in Romania and in the same time on of the best preserved medieval castles in Eastern Europe. Its construction started in the 15th century, when the Romanian noble Voicu received the lands as a gift from King Sigismund of Hungary. The about 50 km between Luncoiu de Jos and Hunedoara can be covered in about 55 minutes by car. 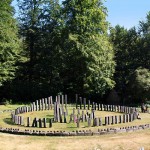 The Dacian Fortresses from the Orăştie Mountains – Costesti, Blidaru, and Gradistea de Munte (Sarmizegetusa Regia). To reach the most distant of the fortresses, Sarmizegetusa Regia, tourists need to cover a distance of about 100 km. This takes about 90 minutes by car. Once in the area, tourists can see the remains of the fortresses built in the “murus dacicus” style, fortresses that had made up Decebal´s defensive system. 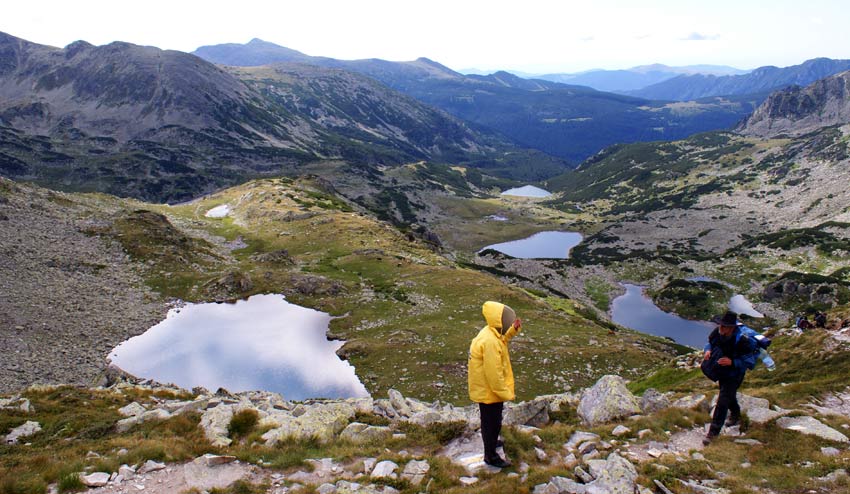 About the tourism in Hunedoara County